How Dancing Helped Through Difficult Times

At the end of 2009 and the start of 2010 i had very few friends and nothing that i wanted to do, I had given up on everything as worry had taken over. I was very close to my two cousins but in the summer of 2008 they moved to Hong Kong due to their fathers work. This had really upset me at first but i got over it as i was able to see them at Christmas and over the summer. In October 2009 my older cousin became anorexic. I was distraught with them being out of reach, all i wanted to do was see them both for myself and see that she was ok.

Over Christmas i only got to see them for a few hours instead of the few days i had originally thought i had. Leaving them when i knew how ill my cousin was tore me to pieces. I pushed away my friends and each break and lunch I would sit  on my own and pray that she would be ok.I had done dance at a church hall in Lincoln for a little while before i moved house (2007), so in January 2010 my mum thought it would be a good idea for me to start dance again. I wasn’t so sure. I went to the stage at lunchtime anyway and met the dance teacher. She started a new routine and put me near the back, I didn’t expect to like it but after the first club i was hooked. I went back every time it was on and I found myself being placed further towards the front for each performance.

I slowly started to forget what I had been like earlier on and focused more and more on dance. Just before Easter my teacher came to me and asked if I wanted to come to her class after-school in Grantham. I was thrilled, I started after the holidays and I loved it. I had to choose my options for what I wanted to study for GCSE not long after we came back after Easter. Dance was my first option, I couldn’t wait to start in September. In the summer show of that year one of the year 11’s did a ballet routine en pointe and I remember thinking it was the most beautiful thing i had ever seen. At that moment I made a promise to myself that I would be able to dance like that before I left in 2 years time.

September 2011 came around very quickly and I started BTEC dance along with my other GCSE subjects, I was really shy at first, all the others doing the subject had known eachother since year 4, and there was me… I had never even spoken to them before. Eventually I made friends with them all and we were able to start working as a group more, Even though I had not been doing dance for very long I wanted to stand out from the rest of the group. I was very competitive and determined to be the best I could possibly be, so I did what I had to do to give me an edge. Still with the promise I had made to myself the year before fresh in my head I started looking for dance schools. I found one that wasn’t too far away – The Bingham School of Dance – It was perfect. I told my mum about it and she said she would phone them and ask what grade ballet I should do. They said I should go into Grade 4 as I have not done any ballet before, It would be challenging but I should be able to cope. They then said I was welcome to start in January.

So that’s were it all started, I went to my first lesson and I had no clue what I was doing. I was in a class of about 25 people who had all done ballet for more than 5 years, also they had all started grade 4 in September so they all knew the exercises. Some girls had even started Grade 4 in January the year before. The first few weeks were very hard I will admit, but i stuck with it, and slowly I started to improve. By the end of the school year I knew almost all of the exercises and was able not only do them, but do them well.

3 girls had taken their exam after starting in January the year before me. They all got good results which made me determined to do just as well. In September 2012 i started at a second dance school – The Elite Academy of Dance – In Grantham. Here i told them i was going to be taking my Grade 4 exam soon, they decided to put me into Grade 5 Ballet and Intermediate (Grade 7). Grade 5 to help build up my strength, and Intermediate to be with people my age and to stretch me even further. I started pointe in September so i was over the moon, as ever since that show when i was in year 9 pointe had been a dream of mine.

I also continued Grade 4 at Bingham and took my first exam in November after only 10 months of doing ballet. I was one of 3 taking the exam, The ballet teacher there said i had done extremely well to be ready after so little time. I am still waiting for these results. At Bingham i am moving up to Grade 5 and starting pointe there too.I have progressed a lot with dance and i have a summer school in London planned for this year. Urdang academy’s dance theater workshop will last for a week and i am so looking forward to it. Next year i will also be doing the Youth academy, so one Sunday a month i will go down to Urdang and have a full day of classes.

In September 2013 I will be going to college, Here I will be doing Level 3 Extended Diploma in Dance, After completing this course I intend to go to University and do a BAHons in Dance followed by a teaching qualification. In the future I hope to perform for a few years and then go into teaching dance in a mainstream school to help other children like me discover how amazing dance can be.

So that is how I got into dance. Dance helped me through a rough time dealing with what had happened to my cousin (she has made a full recovery by the way) It helped me to find something I love, and now I just can’t get enough. I come home on a Monday night after classes exhausted, sore and my feet are usually bruised and covered in blisters. My friends ask me why I put myself through it all. Honestly I can’t explain why, all I can say is that its a small price to pay for the freedom of just letting go.

I love dance and I always will. At the moment I am still not satisfied with the amount of dance I am doing, I always want more, even when I can hardly walk down the stairs due to the stiffness in my legs, I still carry on and give every lesson as much as I can. Dance has changed my life and I am so grateful to my dance teacher at school for introducing the wonderful world of dance to me. She really is an inspiration and some day I hope to give other children the opportunities that she has given to me. 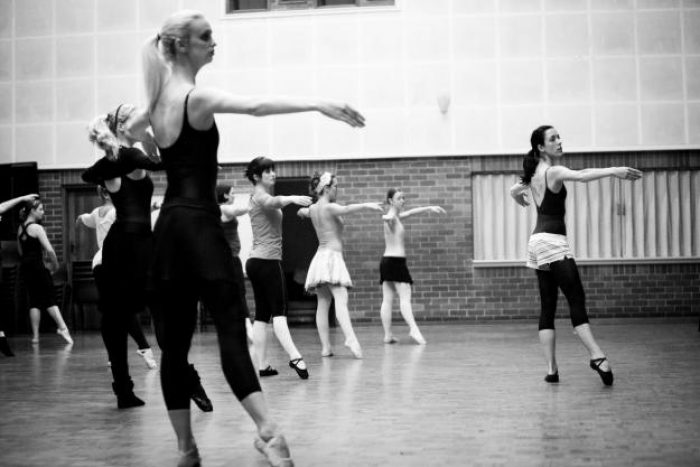